Cycling in the Clouds on Transalpina

If I were to describe Transalpina I would say it is a magical landscape where you can feel and touch the beauty of the world, be in tune with nature and look back with nostalgia on Romania’s great history. It is also worth mentioning that Transalpina is the road built at the highest altitudes in Romania and also one of the most breathtaking in the world. 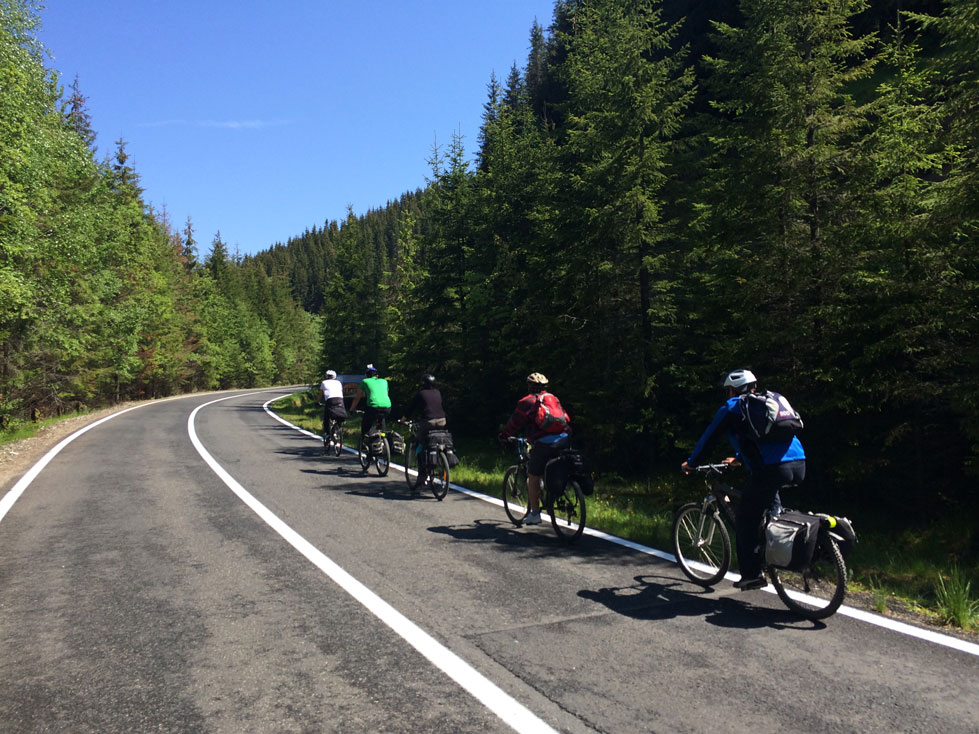 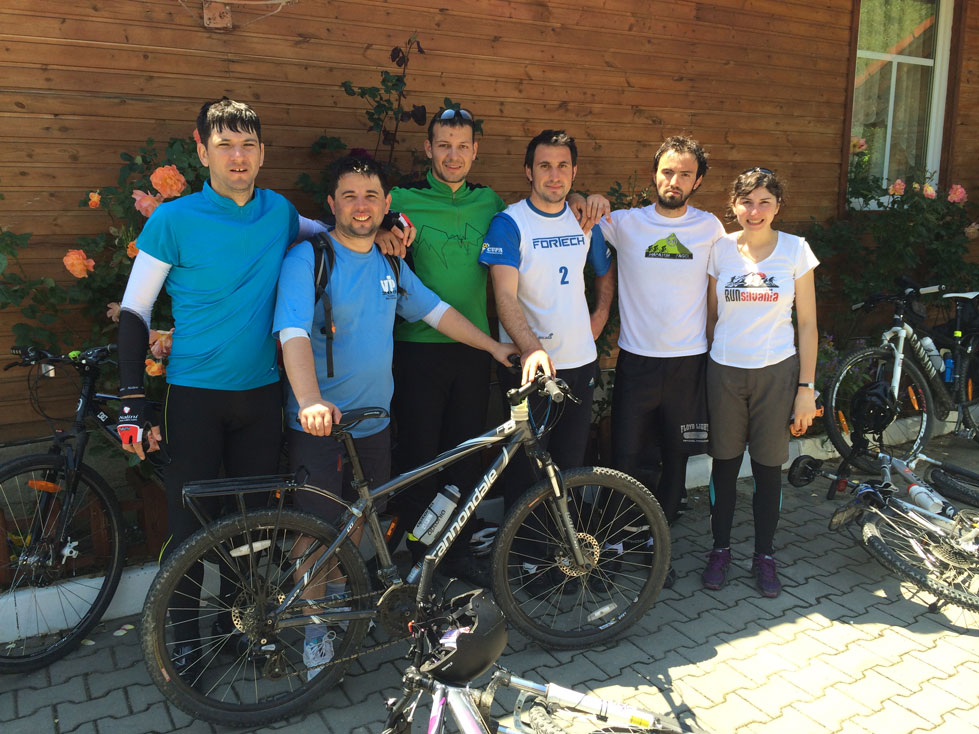 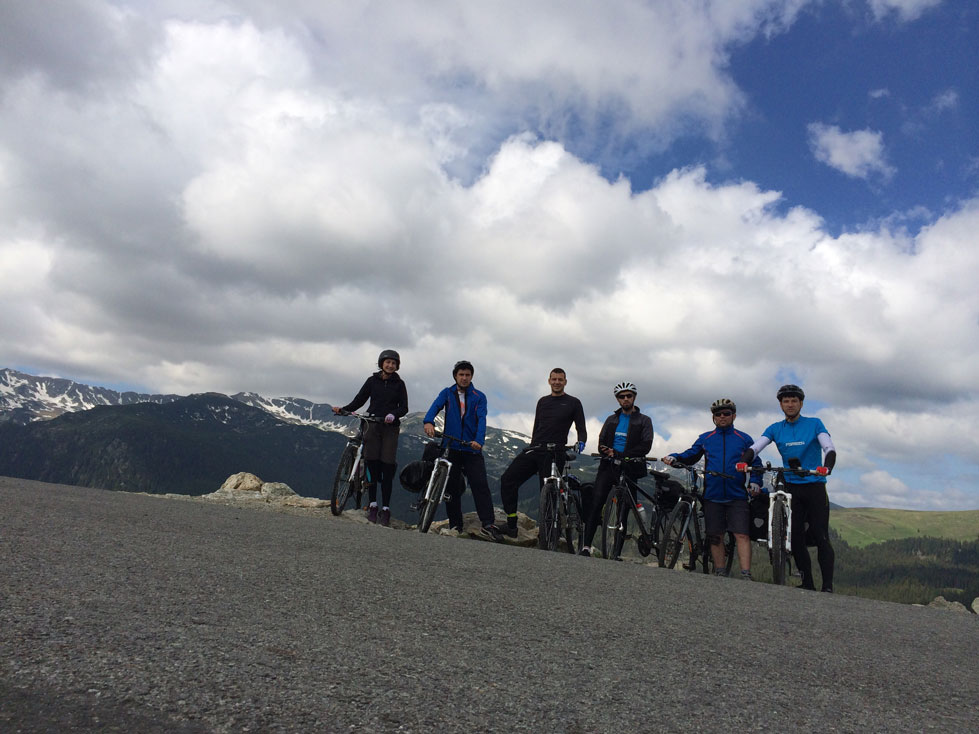 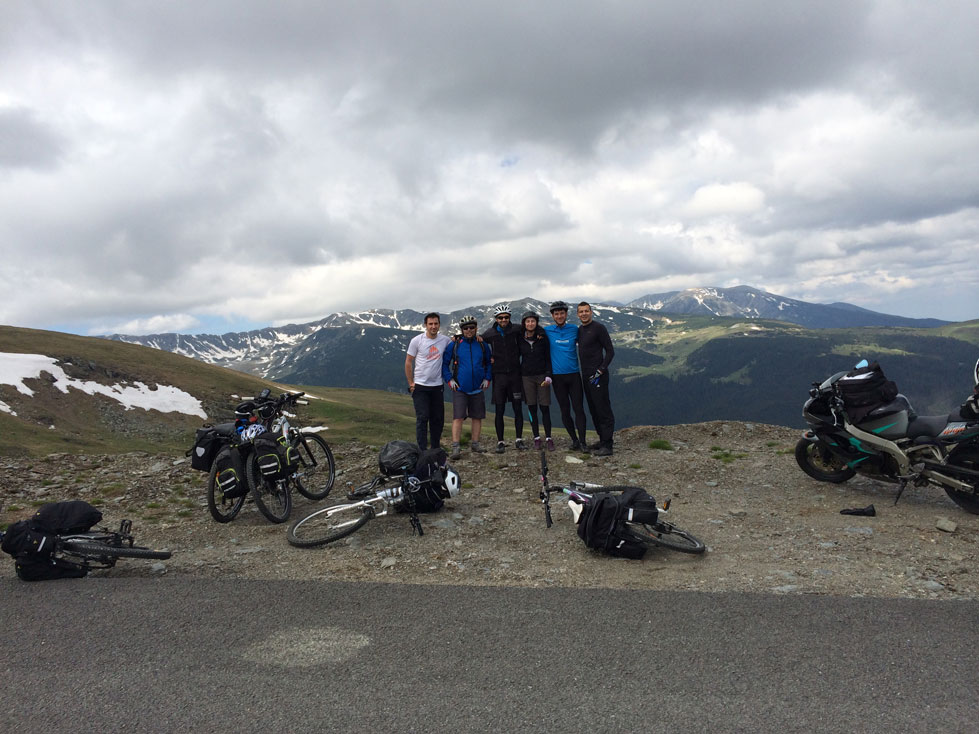 The idea of our journey came about a year ago, when our colleague Daniel crossed the Carpathian Mountains from Sebes to Novaci (obviously, on Transalpina) and thought to himself: What a beautiful road for cycling! Amazing! A few days later, he returned to the office and kept talking about the spectacular trail, so we decided we should get together and check it out. And that’s how it all began. We started making plans, checking the weather, looking for accommodation and so on. Most importantly, we had to get our bikes ready for the big challenge. As the days passed by new some guys joined us while others withdrew. After an entire year of just talking and dreaming about it, the long expected moment finally arrived! It was time to start our trip!

The six of us (Daniel, Deea, Silviu, Emil, Lucian and Zeze) met at Fortech on day 0 and traveled to Sugag by cars, but not before we stuffed our bags with food and beers from Lidl. In Sugag we checked in at the first pension on the right and started gulping our own food in the fresh mountain air. After a good sleep we jumped on our bikes early next day and started cycling up the big mountain ahead of us. The big excitement turned into a lot of sweat after 60 km, but the prospect of reaching our goal made us happy. We took a break at a restaurant in Obarsia Lotrului, where we met a very funny waiter with a bitter boss. Meanwhile, our colleague Lucian posted pictures of our adventure on Facebook for our skeptic friends, who were ready to bet we wouldn’t make it. 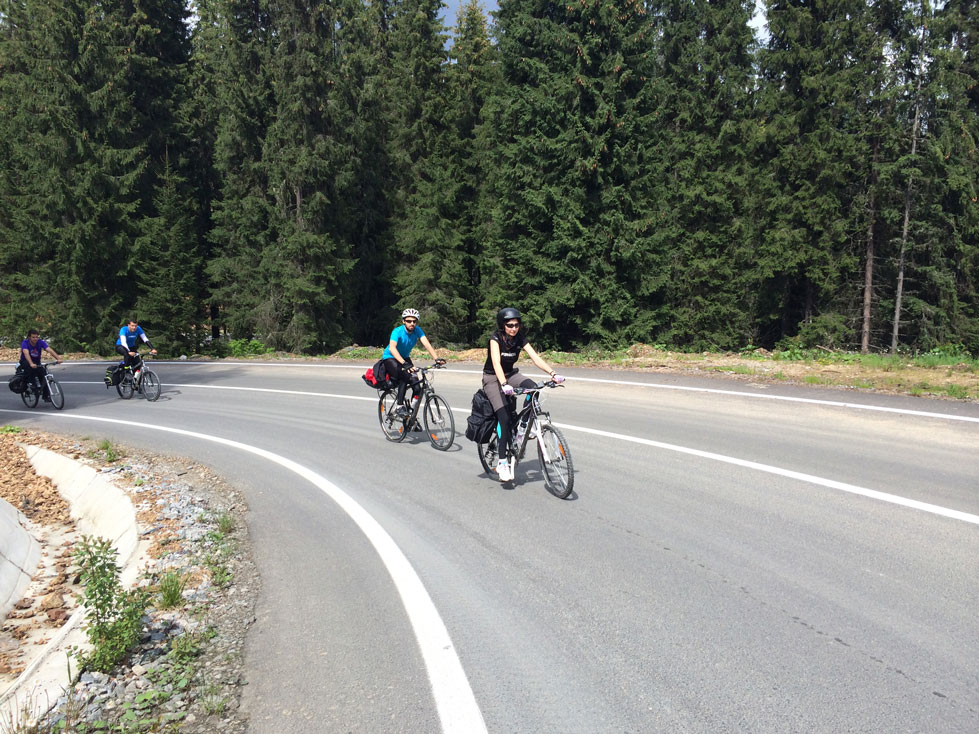 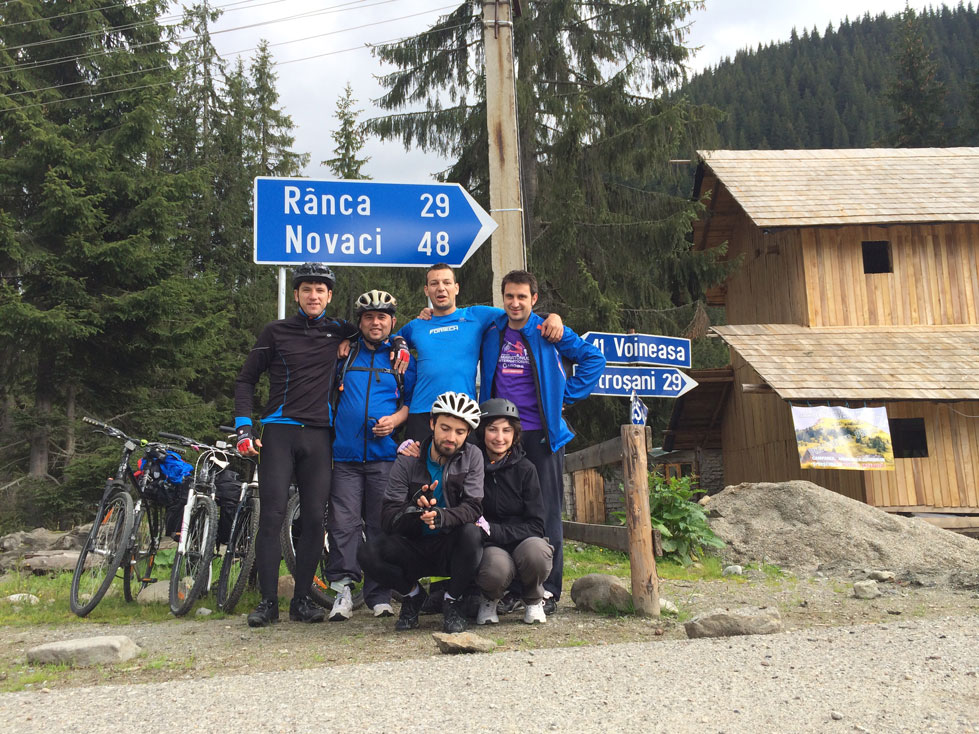 Day 2 started with a consistent breakfast and a tea for Zeze and another beautiful journey through clouds and forests. A few hours later we were finally on the top of the mountain, on the top of the world. We were breathless from both the road and the view. Amazing, indeed! Of course, while we stayed there, Lucian and Daniel started uploading pictures on Facebook (again). From there, we continued on the nice and well-maintained road to Ranca, where we spent the night. On day 3 we were supposed to start our journey back, but Daniel suggested to make a detour to Strategica on an easy road strewn with great landscapes. He was only right about the landscapes. We stopped a few times on this leg of the journey to eat, rest and let Lucian post more pictures on Facebook.

On the last day, we went back to Sugag (60 km) and from there home. It was only on the downhill part of the journey that we realized how much we had climbed up! We were tired, proud, happy and brave, but most importantly, we went back home with great memories.