Fortech, Part of the Lineup at Qt World Summit in Berlin

Fortech was present at Qt World Summit in Berlin as part of the lineup and with a delegation comprised of 6 members of our team.

As stated by the organizers Qt, is the global event for all things Qt. Delivered during the 5-7th of October, the event brought together in Berlin, 1000 participants from around the world at its 20th Anniversary. From engineers, developers, to tech strategists, technology directors or business decision makers, all gathered to learn and join hands in building the Qt ecosystem. 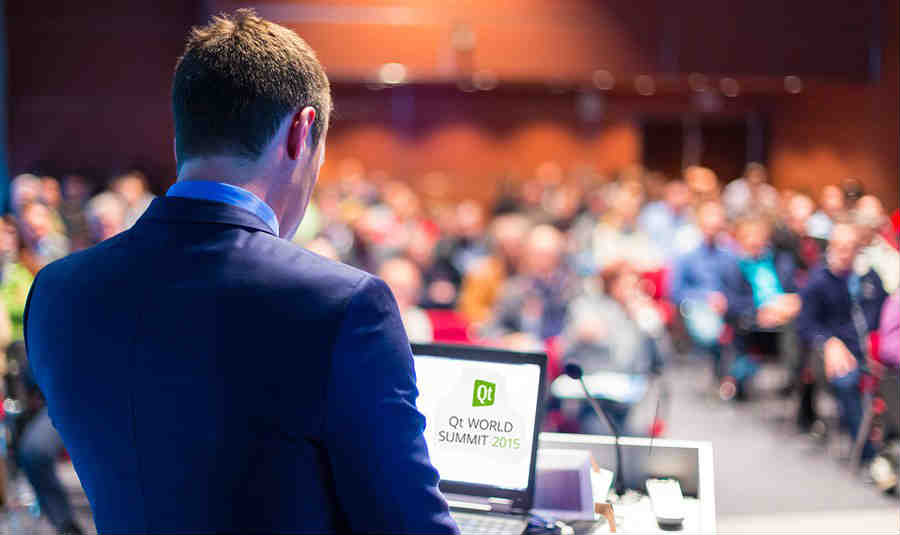 The summit proposed a fully packed agenda, counting over 75 sessions. These addressed the needs of both strategists and developers. It covered a variety of sessions including everything from technology strategy and product life-cycle management to in-depth technical talks.

Apart from that, some other themes were related to creating connected devices and Internet of Things systems, industrial and automotive trends multi-screen development strategies, creation of modern desktop interfaces.

The agenda was delivered by an impressive line-up of Qt contributors and subject matter experts from around the world, including the creators of Qt. We are very proud to have been part of the lineup.

Our colleague, Bogdan Ogrean, shared stage with Mr. Michael Wagner, Partner and CTO at IPO.Plan GmbH, to deliver a keynote session during the third day of the conference. Bogdan is a senior C++ developer and team lead who implemented several prototypes using Qt on different platforms of which most ended up as commercial products. The session he co-delivered was about “Implementing Modern Design Patters with Qt”. They presented a demo application which illustrates different aspects of patterns like Commands, Domain-Events, Event-Store, Repositories and Read Models.

We are glad to embrace learning opportunities like this in our pursuit to better understand and respond to our clients’ need.