Fortech, Ranked Among the Most Active Employers in IT&C

Fortech continues to remain on a fast-growing track in 2015, ranking #14 overall among the top 30 most active employers in Romania in the IT&C sector. Furthermore, the company is nominated 2nd in the top 30 most profitable companies from the IT&C sector owned by Romanian entrepreneurs. The ranking is realized by the Financial Magazine, based on the figures reported to the Ministry of Finance.

With an addition of 120+ full-time employees, Fortech moved past the milestone of 500 people in 2015. This figure makes it the only Romanian-owned company to take a spot in the top 20 most active employers from the IT&C sector. The rank is heavily dominated by international IT&C companies, including countries from all around the world, ranging from the USA to South Korea, Norway, UK and France. These companies own delivery centers in Romania. In addition, Fortech is one of the two Romanian-owned companies to be ranked in the top 20 by the annual turnover. 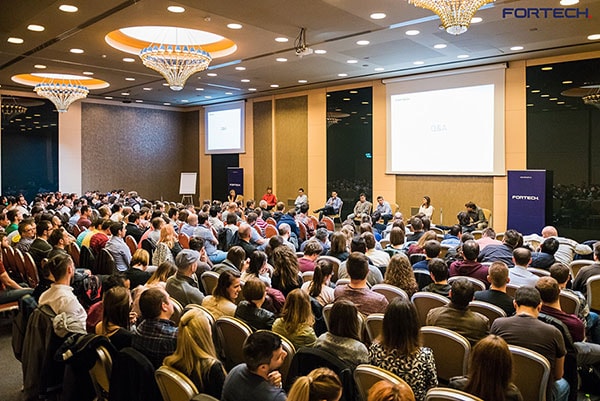 In 2016, the company continued an active development, expanding its operations in 2 new offices. Opened in the North-Eastern part of the country, respectively in the West, the new delivery centers count over 40 employees and focus on strengthening specific areas of our technical expertise. Over the past 2 years, the company has doubled its team of software engineers, currently heading towards 600 members.

“It makes us glad to learn that we are able to advance head to head with delivery centers owned by mature international IT players, considering that we are operating in different conditions. This growth reflects a substantial effort and commitment of our team to understand our clients’ needs and market, to acquire not only fresh tech competencies but also business and marketing knowledge since we do not benefit from foreign infusion of know-how. Hence, our continuous endeavor is to find balance between an accelerated hiring activity and a focus on further consolidating our competencies and business processes, while delivering qualitative software for our clients and attracting relevant projects for our employees”– Calin Vaduva, CEO, Fortech.

Cluj remains the second most dynamic Romanian city, after Bucharest, offering a substantive number of tech opportunities and software exports figures each year. Overall, Romania had almost 85.000 people employed in the IT&C sector in 2015, according to ANIS. This number is expected to grow to 90.000 programmers by the end of 2016 and further to 100.000 by 2019. According to a study realized by Brainspotting, the most required programming languages in Romania remain JAVA, PHP, .NET, C/C++, Mobile, SQL, Python, Ruby, Perl.