Fortech Reports Solid Growth in the First Half of 2019 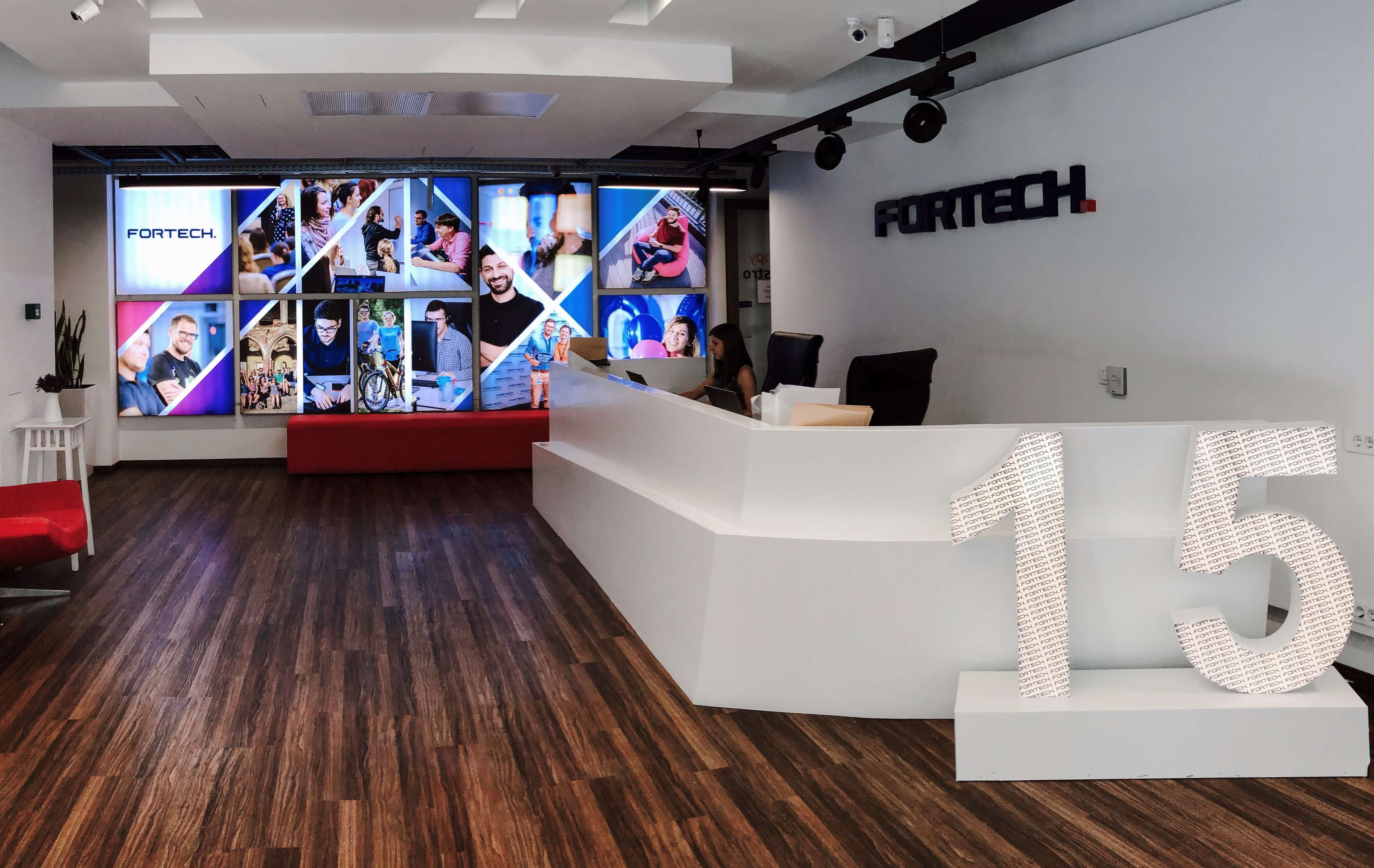 At the end of the second quarter of 2019, Fortech reports strong half-year fiscal results with a 12% increase compared with the same period in 2018. This indicates that the company’s growth strategy and focus on healthcare and fintech resonate with its partners, and thus contributes to adding new clients to the portfolio. The consolidation of these new verticals, together with the core business areas where Fortech holds a 15+ years expertise – automotive, IoT and Retail & eCommerce – outline the company’s view of the future.

Fortech ends the first half of 2019 (January to June) with a 14,2 million EUR revenue and 15 new commercial partnerships. H1 was marked by noteworthy moments, from the regional expansion of its the 4th delivery center in Brasov to the opening of the new sales and consultancy hub in Chicago. Apart from that, the company launched its first fintech joint venture in partnership with the Chicago-based Core Capital Management, a provider of risk modeling solutions.

Portfolio Expansion. The 100% Romanian owned company checked milestone after milestone in the first six months. The number of clients who trusted Fortech with the development of their software projects, almost 200 by the end of 2018, grew with 15 new partners. The company’s portfolio is enriched with business from the healthcare sector, fintech, but also the telecom industry. The Agile methods of delivery, the integration of new technologies in its service offer, and the dedicated teams approach played a key role in the company’s growth.

Organizational Capacity. As a company in continuous expansion, Fortech is now close to 750 software engineers, with 80% of colleagues working in its headquarters in Cluj-Napoca, 10% in Oradea, 8% in Iasi and 3% in Brasov. The 4th and the newest regional delivery center doubled its capacity, expanding from 10 to 20 professionals in less than six months.

Operational Excellence. The capacity to adapt to continued requirements and a sustained evolution lies at the heart of Fortech’s sustained progress. Apart from the technical competence, this is supported by constant improvements across its operational excellence pillars, including organizational alignment, internal and delivery processes, structure, and organizational culture. In 2019, the company continued to enlarge its leadership team and redesigned its internal structures by adding dedicated client executive roles, forming a steering board or expanding its project management pipeline. Along with the executive board, these entities align their efforts to spur Fortech’s custom software development practice and remain a trusted tech partner for US and West European enterprises and startups.

Community Actions. Fortech was involved in, organized or supported more than 50 events and campaigns in H1 of 2019.  On the Corporate Social Responsibility (CSR) front the company supported a suite of educational, cultural or sports programs. The 5th edition of Discover Your Call in IT reached 150+ high school students and eight Fortech professionals enrolled as mentors. For the 3rd consecutive year, Fortech developed the mobile app for Electric Castle – one of Europe’s top music and cultural festivals. Also, the company joined a multitude of sports competitions, that encourage a balanced lifestyle.

Following a growing trend, Fortech launched its 4th operational center in Brasov, Romania. The city placed in the heart of the country is competing with Iasi for the 4th, place of the most effervescent IT hubs in Romania. The local community of IT professionals, guests and collaborators joined the official opening event, held at the beginning of April.

May 2019 – Fortech Opens Office in Chicago

On May 14th Fortech announced the opening of its flagship sales and consultancy office in the U.S., in downtown Chicago on River North. With this step, the company widened its scope of fueling growth for U.S. targets, through a combination of business acumen and technology services well aligned with the local market needs.

Fortech and Core Capital Management announced the launch of their global joint venture AIPERION – a consulting, technology and scientific research firm specialized in risk management solutions. The organization elevates a decades-long relationship, broadening combined service capabilities to give investors visibility and control over their portfolios, across a broad range of asset classes.