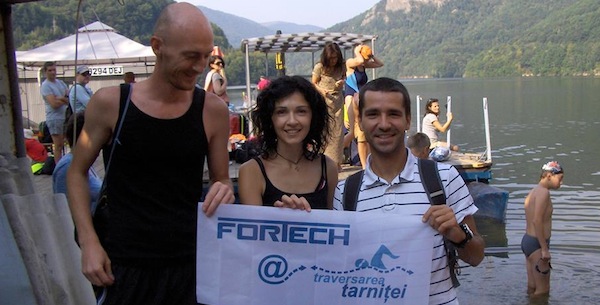 Continuing a yearly tradition, Fortech was official sponsor of the 7th edition of Tarnita cross-swimming competition.

The event is organized by the ORCA Club, which is the first amateur swimming association established in Cluj-Napoca. The organization was founded in 2008 and currently numbers 37 members. Each summer, ORCA is responsible for organizing the cross-swimming competition of Tarnita Lake located close to Cluj-Napoca.

This year’s edition of Tarnita cross-swimming contest took place on the 10th of August and gathered tens of swimmers competing in short (1500 m) and long (6500 m) distance categories. Not only was Fortech sponsor of the event, but four Fortech colleagues participated in the competition in both short and long distance categories.