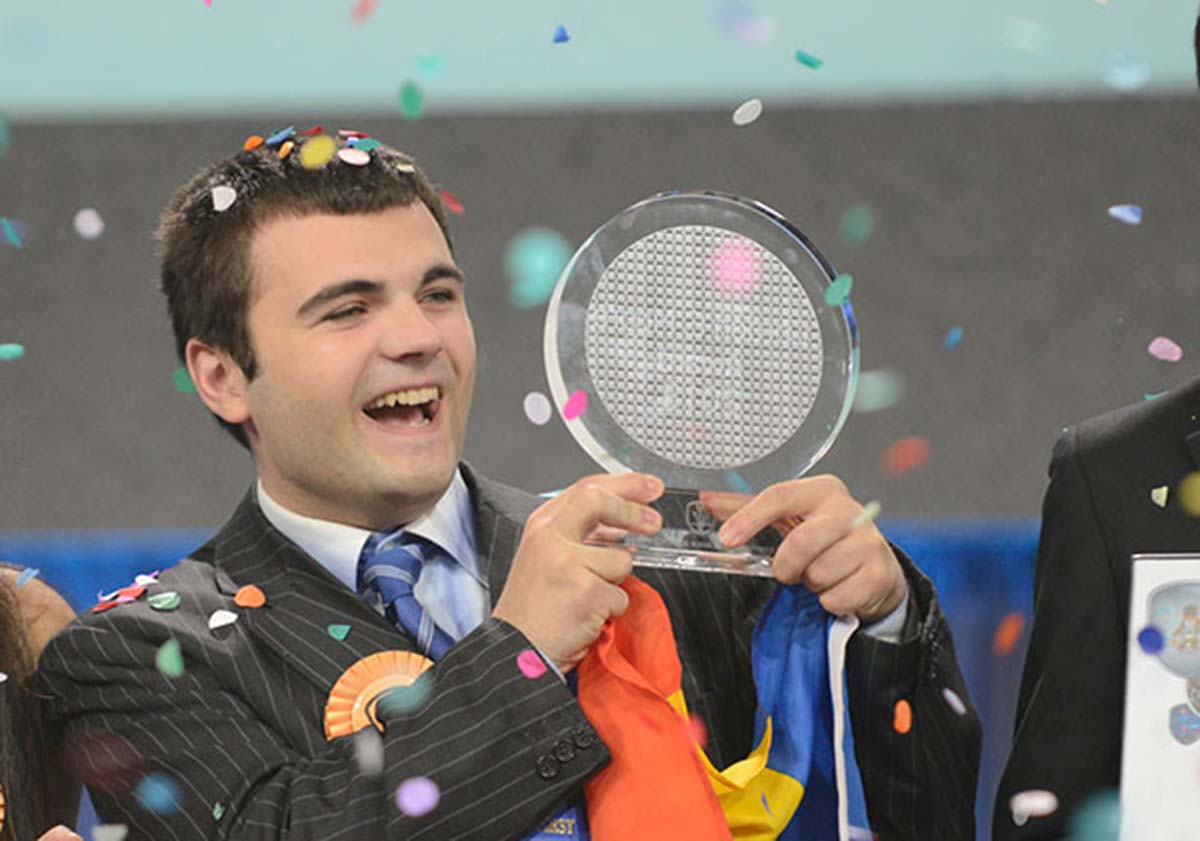 Ionut Budisteanu is the teenager who won the top prize in the Gordon E. Moore competition. This competition was organized at the Intel International Science and Engineering Fair for high school students and the value of the prize was $89.000.

Ionut Budisteanu won the award for design for a low cost self-driving car. He used artificial intelligence and a video camera placed on a machine to identify traffic lanes, curves, other cars involved in traffic and even pedestrians.

The prototype he built signals the great potential of manufacturing autonomous self-driven vehicles. As opposed to Google’s $75,000 self-driving car, this prototype only costs $4,000.

He was listed 9th in the top 16 most influential teenagers compiled by the Time Magazine, being the only one who demonstrated excellence both in the scientific and the technical fields.