Fortech attended the ElectroTech event organized by OSUT and held between 20th and 24th of April on George Baritiu 26-28 Street, at the Faculty of Automation and Computer Science from UTCN.

The main purpose of ElectroTech is to acquaint students with the most influential and important IT companies in Cluj. Each day, several company presentations took place. Participants at this year’s event were future programmers who interested in finding out more about the potential IT employers and getting an idea on how their career path might look like.

On the first two days of ElectroTech curious students were greeted by Ana Cojuhari and Anda Florescu at Fortech’s booth, which exhibited plenty of informative brochures and attractive stress cubes. Anda and Ana discussed with visitors and told them about the importance of internships and training programs for their future development and about the opportunities offered by Fortech. “The Fortech Corner” was visited by more than 100 students. 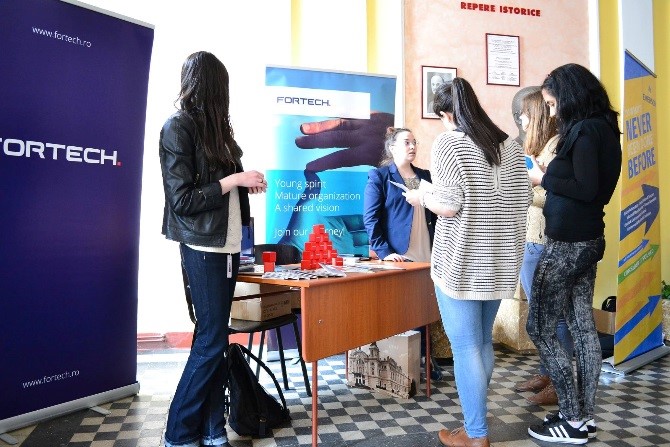 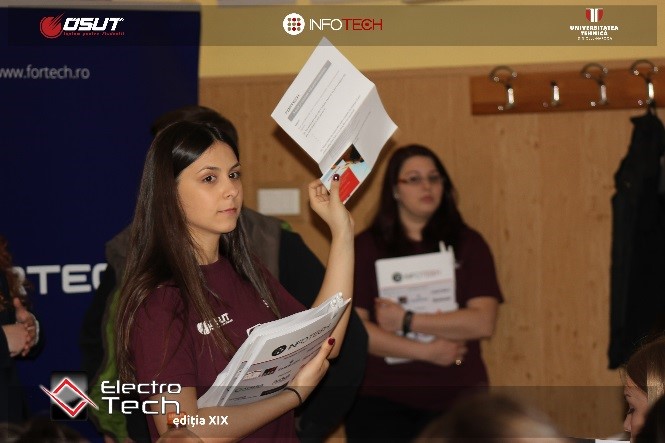 On April 21st, from 12 PM, over 50 students participated to Fortech’s presentation- as a potential employer. Anda had a wonderful speech about the history, growth of the company and our team. The students were impressed mainly by the variety of projects, industries, our new headquarter, the Bake IT initiative and the vreau-ceva.ro product. At the end of the presentation, the public watched the “A [email protected]” movie and reacted with a dose of applause after it.

Volunteers from OSUT warmly welcomed us and helped us collect over 50 questionnaires with feedback from participants on what makes a company “The Employer of choice”. Two lucky students were offered Fortech backpacks as prizes for filling out our questionnaire. 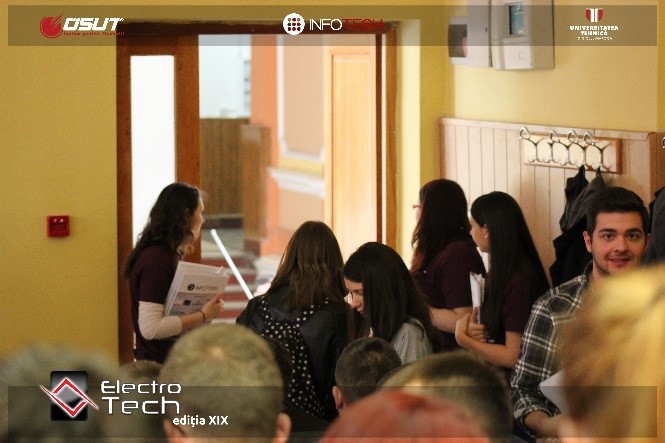 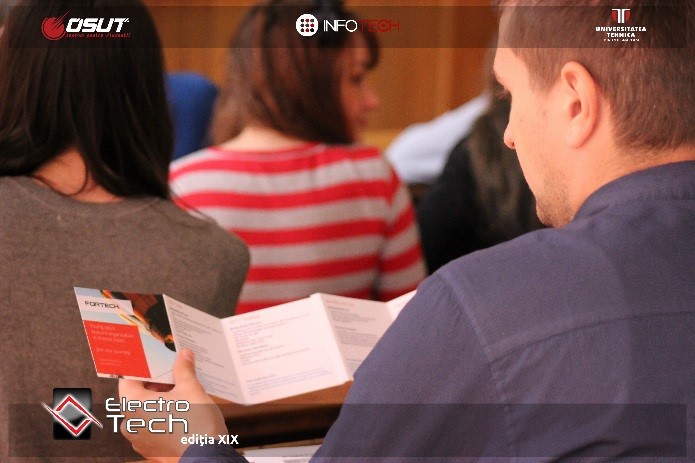 Alexandra Pacurar, .Net Software Developer at Fortech, hosted a workshop on software development processes on April 30th. She introduced the Agile methodology and tried to explain the main components of a developer’s work and the most frequent problems they face. Alexandra encouraged the students to study a lot and be relaxed during pre-employment testing and interviews:  “If you graduate from Computer Science you can successfully pass any kind of test”. 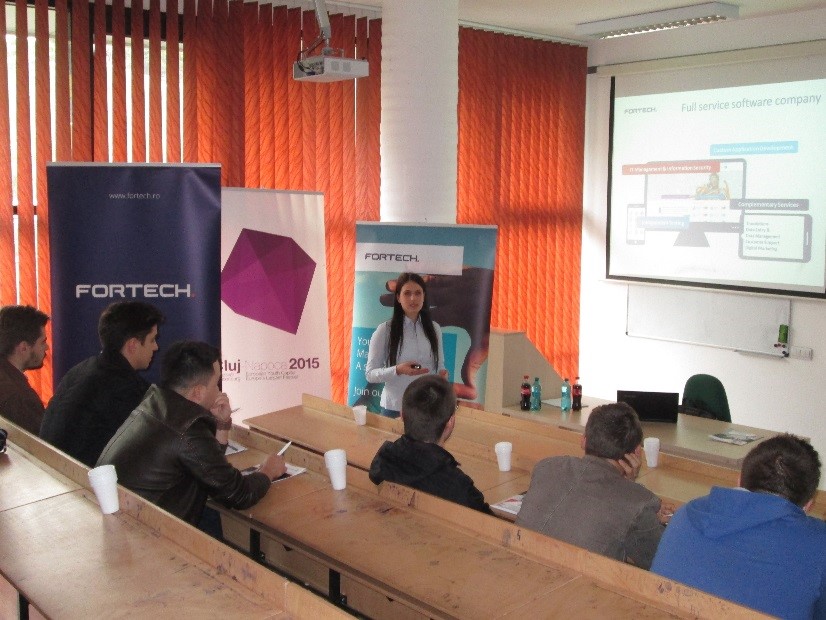 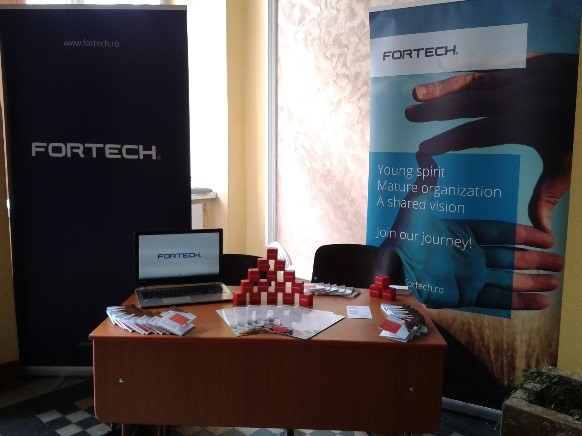