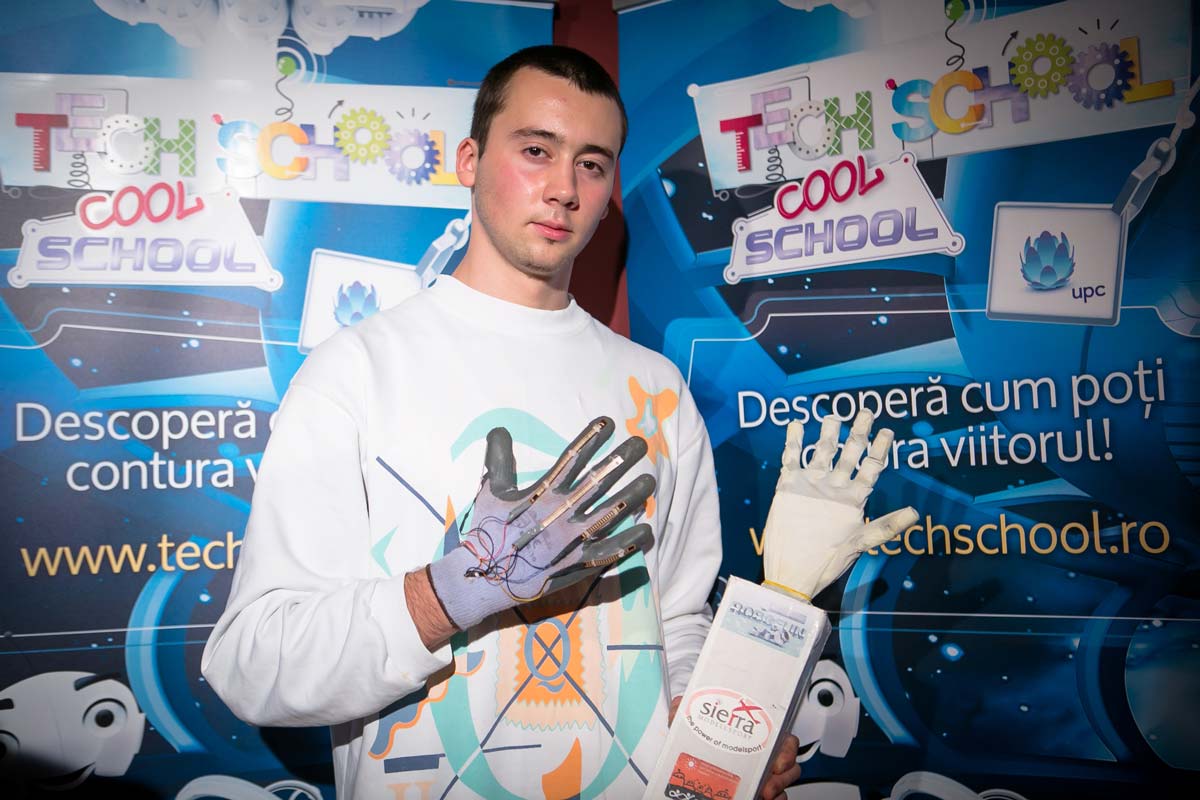 Tech School is a contest organized for teenagers by UPC Romania that attracts both students and high school students passionate about digital media, gaming, robotics and programming. The second edition of the contest was organized this year, within the so called Smart Nation Platform.

Smart Nation’s aim is to increase the number of users of digital technologies in Romania and to transform them into innovators.

Bionic hand – the first prize winner, a robotized hand which can be used in medicine and toxic environments.

Sunny Shirt – this application won the second place and consists of a T-shirt, which has two small solar panels on the shoulders, for charging mobile devices.

iGrammar – this is an application both for mobile and Web, which analyzes every word from a phrase from a morphologic and syntactic point of view.

The Tech School contest was supported by the Ministry of Education and by Romanian and international partners.