One of the long awaited sportive events of the autumn opened its doors on the morning of 24th of October. On its name “Faget Tour Fortech”, the event attracted over 600 participants at its first edition.

The event is the result of a joint effort of three entities: Sports Club “Runners Club”, the Mountain Sports Association, “Rupicapra” and Fortech. Driven by our common passion for a healthy lifestyle we joined hands to build up on initiatives of smaller scale (“Faget Tour” and “Faget Cross”), which were organized in the previous years. 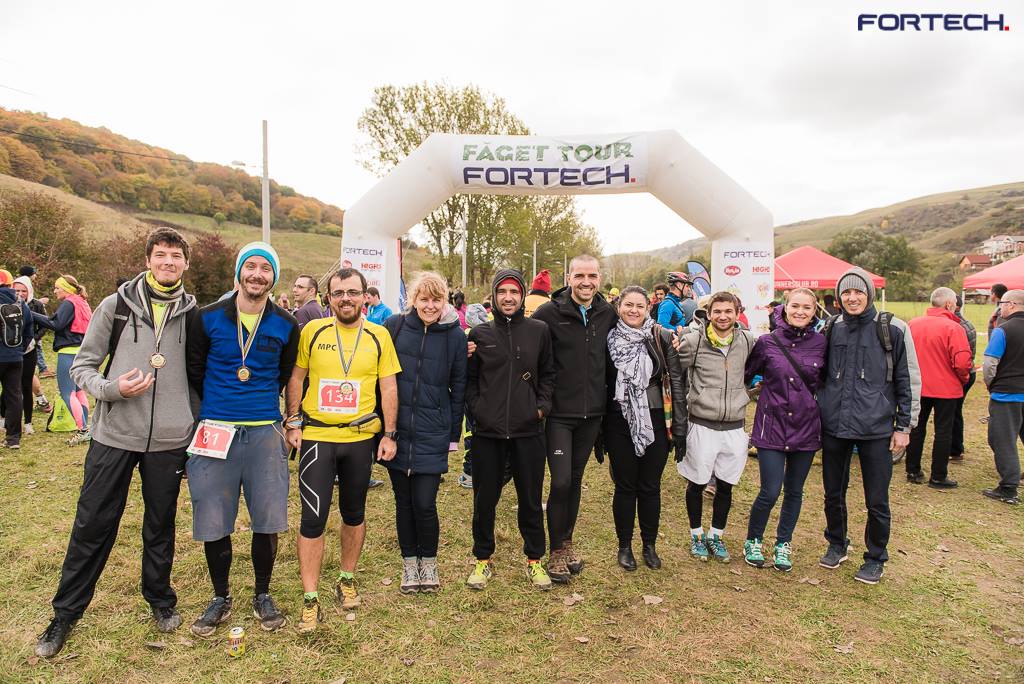 The program comprised both activities for adults and kids. The main races for adults were a Cross Race on 7 km and a Semi-Marathon on 21 km. Children participated in various contests and games such as climbing, biking, some handmade activities and others.

“It was a very hard run. The weather was not so nice with us. Though, I had a lot of fun, testing my physical limits and sharing this moment with colleagues and friends of mine who were facing the same difficulties as me”, said Elena, one of the participants.

No effort was in vain. At the end of the run, the winners in each category got nice presents, such as Fitbits, Fortech backpacks and bottles for traveling.

“Performance is not an overnight thing. Whether in sports or business, performance is about persistence on a given activity during a period of time. We think performance is rather about moving forward step by step than in big leaps. We call it progressive evolution. Our participation as the main sponsor of the event is a practical method to articulate this message and encourage everyone to strive for excellence. This was a great edition and we are looking forward to repeating the experience”, said Alexandra Bayer, HR Manager at Fortech.