A Hectic Schedule of IT Events for Our Colleagues 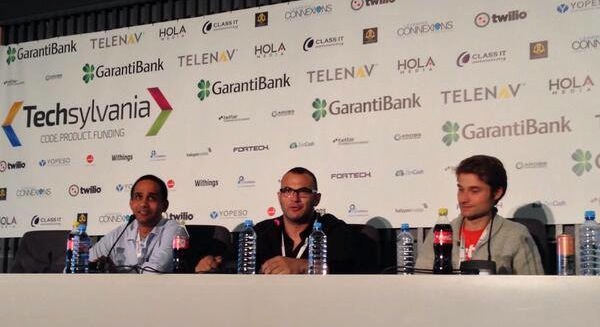 Supporting the local community of IT specialists by sponsoring IT events has long been a key goal at Fortech. Such events provide excellent opportunities for professional development not only to the community but also to our specialists, who usually attend them in large numbers. Such was the case with all the events we sponsored lately, which will be briefly presented next.

The Romanian Testing Conference, an event created by software testers for their counterparts, reached its 3rd edition in 2014 and was held in Cluj. This year’s event attracted recognized speakers as well as a large audience, which included 23 software testing engineers from Fortech both at the conference and at the 4 workshops. The content of the program was rich and delivered in an engaging, interactive manner, which contributed to an effective sharing of knowledge and kept the spirits of the attendants high.

ITCamp, an event touted by its organizers as “the largest community-driven conference on Microsoft technologies in Romania”, held its fourth edition in Cluj-Napoca on May 22nd and 23rd. 4 tracks, over 30 speakers and 40 hours of content, open panels and workshops were on the event’s agenda, providing the attendants not only with the latest insights into Microsoft technologies but also with plenty of networking opportunities. The event targeted IT managers, project managers, team leads, software developers, and database or systems administrators who use the Microsoft Application Platform in their day to day activities. ITCamp attracted lots of great specialists and newcomers driven by a strong desire to improve and reach the experts’ rank without delay.

Techsylvania, an event consisting of a conference and a hackathon, will be held between May 31st and June 2nd and attract 10 guys from Fortech. The hackathon will focus on wearable and connected technologies, which the developers will be exploring for 24 hours in a row on devices provided by Hackathon partners and used to build software applications. Google Glass, Leap Motion, Sphero, Sony Smartwatch 2, Pebble, onyx-beacon, Oculus VR, Little Printer, Intel® Galileo, The EyeTribe Tracker, EpsonMoverio BT-100 are only a few of the devices that hackers will be offered the privilege to “play” with.

Beyond Quality is a 2-day training offered by Tom and Kai Gilb that includes workshops, interactive quizzes, lectures and discussions. The event will be held on May 26th and 27th at the City Plaza Hotel in Cluj-Napoca and will include training sessions on Value requirements certification, Lean software testing and Managing software technology. Our colleagues will be attending the latter, which is designed for senior managers willing to learn how to increase the service quality while lowering costs and risks and using the existing resources.

The Introduction into CMMI for Services course offered by Peter Leeson, CMMI Lead appraiser and instructor, Management and Executive coach with nearly 40 years of industry experience, held between May 28th and May 30th at the City Plaza Hotel in Cluj-Napoca, is the last event included in this news. The course is addressed to managers, Human Resources specialists and technical staff willing to learn how to define and apply processes to meet customers’ expectations and place their companies on positive trajectories in the highly competitive global environment.