The ANIS Meeting in Cluj for Local Software Companies 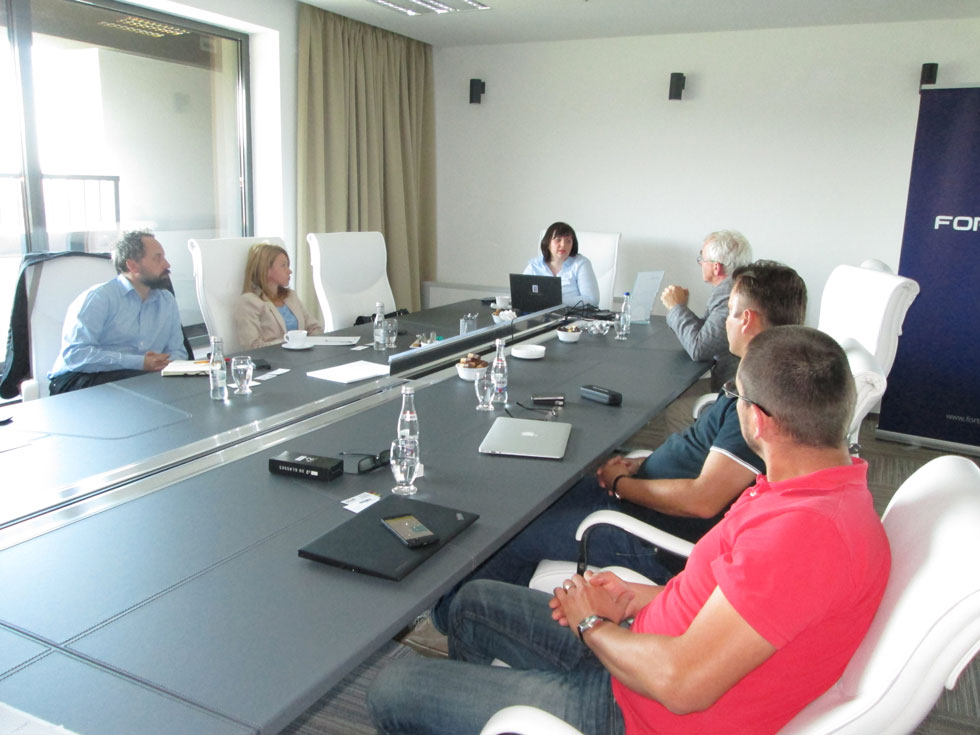 ANIS, a leading Romanian association of companies in the IT sector, held a meeting with local members at Fortech’s modern and at the same time cozy new headquarters. This meeting was meant to create a framework for an effective direct communication between ANIS and its members in Cluj-Napoca, who would have a hard time making it to the meetings organized in Bucharest.

The event attracted specialists from Accenture, Codespring, Fortech, Cloud Troopers and Intel, companies that are ANIS members. In a modern setting in the Fortech Board Room, the participants followed with interest the presentation made by Valerica Dragomir, ANIS’ Executive Director and then discussed several issues of great importance for software development companies.

In her presentation, Ms. Dragomir introduced the participants to ANIS’ activities and results for the past and current year, such as the internal organization, the intensive and targeted branding for ANIS (e.g. changing the visual identity, new website, new headquarters, promotional materials of better quality, the anniversary event organized for the association’s 15th birthday), publications produced or sponsored by ANIS (e.g. The Romanian Software Outsourcing Index, the “Software and IT Services in Romania” study – prepared with support from Intel Romania and contribution from Gecad Group, IXIA, Microsoft Romania and Stefanini, networking with similar associations from foreign countries, taking the first steps towards joining Digital Europe, lobbying with the Romanian Government to modify the 250/2004 Order (income tax for programmers), organizing events (the national stand at CeBIT 2013 and 2014, a regional meeting at Cluj-Napoca / Business Days, the A&C Brokerage Event organized in partnership the Automation and Computers department from the Polytechnic University Bucharest (UPB), organizing ISTQB courses and exams (minimum 17 sessions in the Foundation courses, at least 5 sessions in the Advanced Courses, and minimum 17 Exam sessions) and many more.

The discussions that followed focused on those aspects presented that attendants regarded as critical for their operations, such as the likelihood of success of ANIS’ efforts to modify the 250/2004 Government Order regarding income taxes for programmers.

The meeting was considered lucrative by all the attendants, who were impressed by the modern logistics provided by Fortech.