Fortech is Special Partner at the International Mathematical Olympiad, 2018 Edition

Fortech supports the 59th edition of the International Mathematical Olympiad (IMO) as a Special Partner. The competition is organized in Cluj-Napoca, from 3rd to 14th of July, by the Minister of National Education, the Romanian Society of Mathematics in partnership with Cluj’s local authorities, Babes-Bolyai University and Technical University Cluj-Napoca. 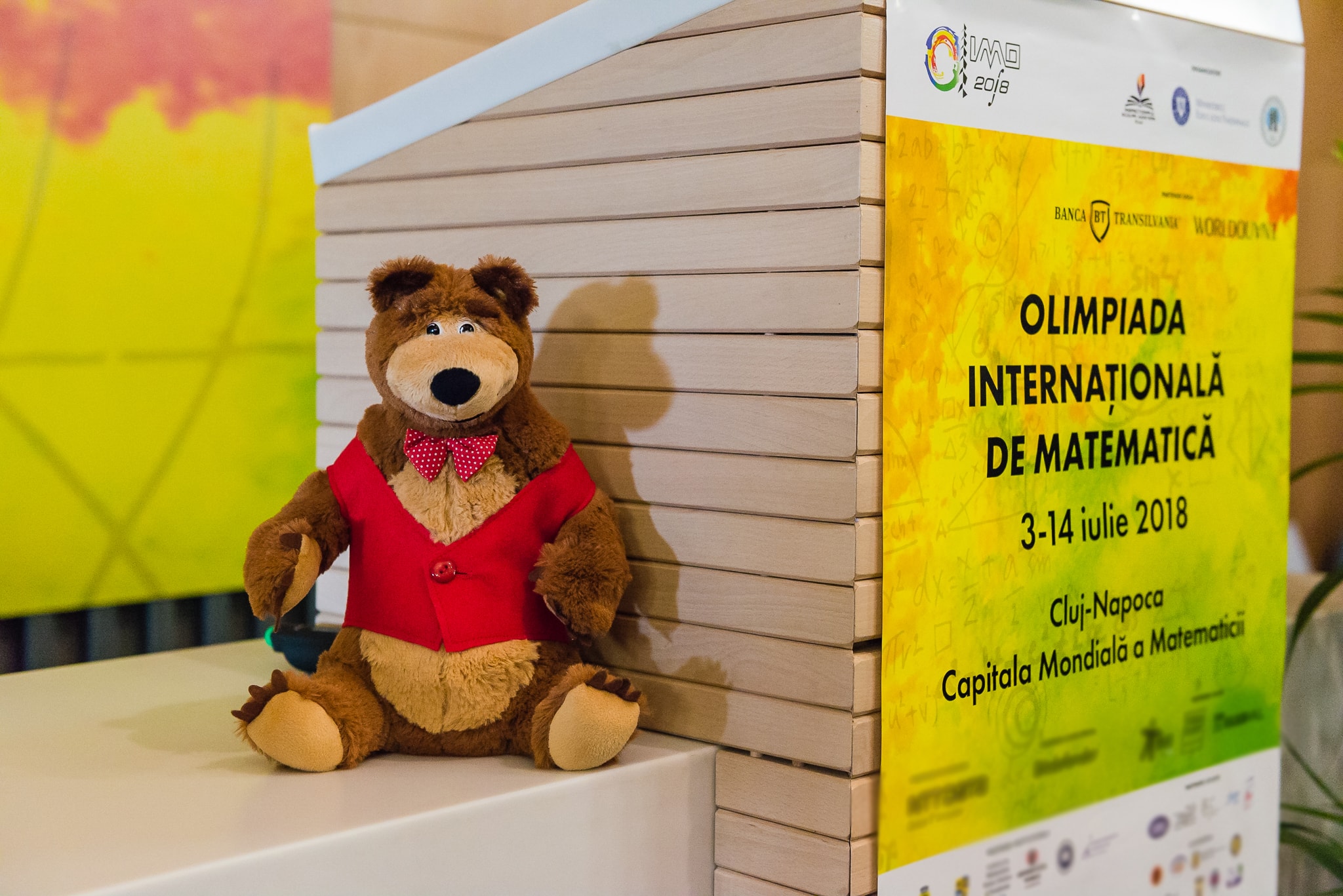 The 59th edition of the IMO is the first edition organized in Cluj-Napoca since its debut in 1959. Over 1,000 participants from 120 countries are expected to participate in the largest, oldest and most prestigious scientific Olympiad for high school students.

„This year Fortech celebrates 15 years of activity, that’s why we want to mark this event with an active involvement in the community life. Traditionally, we have been investing in numerous education projects to encourage students passionate about science and technology to discover and follow this path. „Discover Your Call in IT” is our reference event and now we are very enthusiastic to join the IMO community in staging one of the most prestigious International Olympiads.”  (Calin Vaduva, CEO and Co-Founder Fortech) 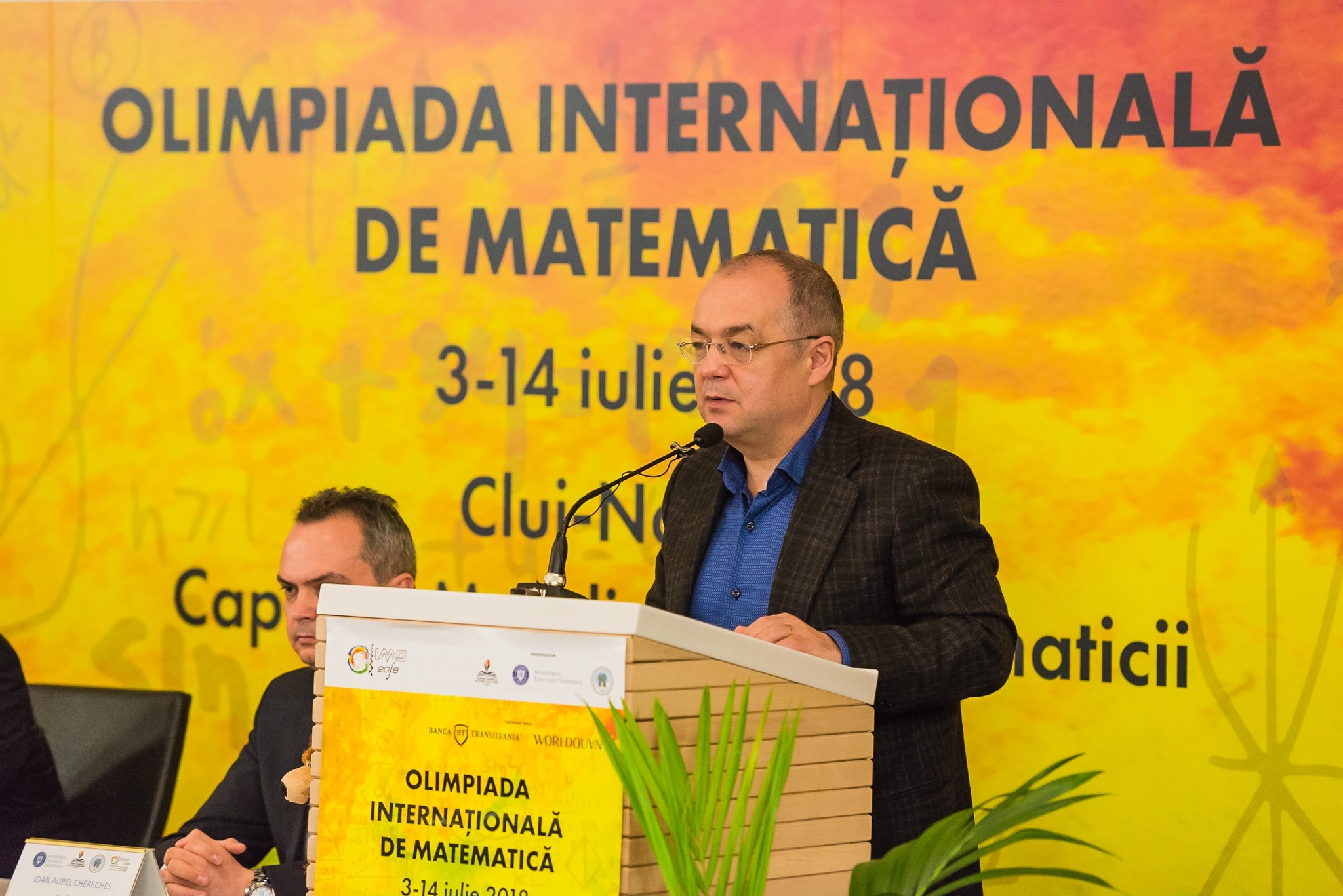 High school students from 6 continents will have to solve two contest papers on two consecutive days to win a gold, silver or bronze medal. In an all-time unofficial top, Romania ranks 3rd when it comes to a number of medals awarded: 73 gold medals, 124 silver medals, and 96 bronze medals.

Romania, along with Bulgaria, is the only country that participated to all the editions, being in the elite club of participants, due to its results and considerable contribution in developing the rules of the contest and the proposed subjects.

“The international decision for organizing this event in Cluj-Napoca comes as a recognition of an efficient collaboration between Cluj’s institutions and a friendly and open private climate who supports big educational projects – a management priority transformed into the goal of building a school that we can really call it performant.”  (Valentin Claudiu Cuibus, General School Inspector, and Manager of IMO 2018) 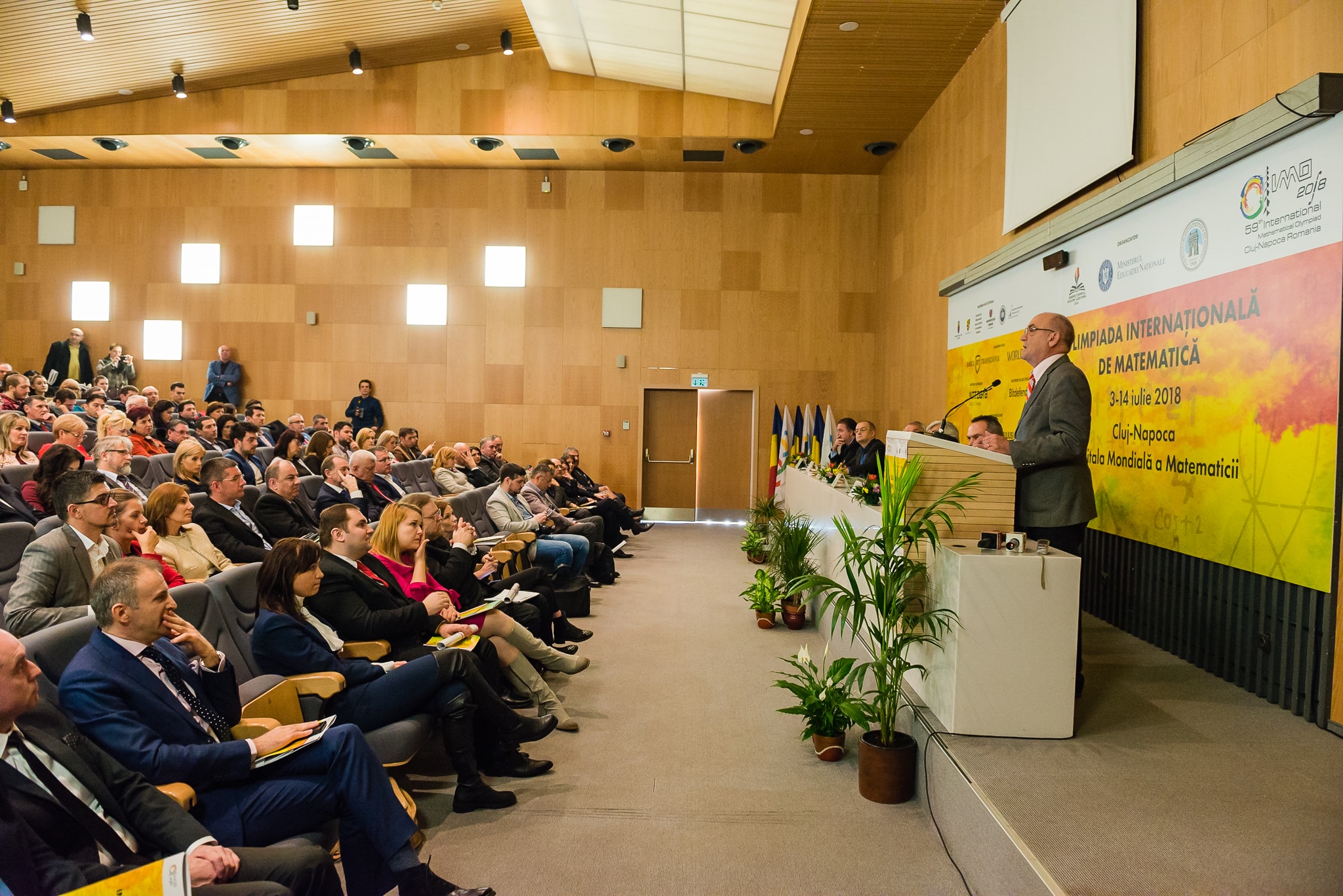 Radu Gologan, president of Romanian Society of Mathematics, sending his best wishes to the private sector for investing in IMO 2018. Photo Credits: IMO

About The International Mathematical Olympiad (IMO)

The first edition of the International Mathematical Olympiad was organized in 1959 in Romania, gathering 7 countries. Since then the event took place, every year (except 1980) in different countries, gathering today over 120 countries from 6 continents.

The 59th edition of the IMO is the 6th edition organized by Romania and the first one that it’s happening in Cluj-Napoca. The competition will be held at Cluj-Napoca Polyvalent Hall and the opening and closing ceremony will gather the participants at “Horia Demian” Sports Hall in Cluj-Napoca.