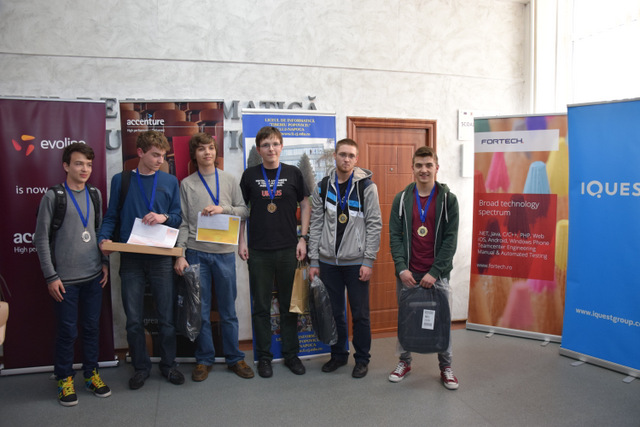 As part of our ongoing commitment to furthering technology in general and computer science in particular, we are excited to provide support to both high school and college students. Our initiatives along this line come in various forms, such as internships, prizes and sponsorship of professional contests. In recognition for the outstanding work students from the local high schools do in computer science, we sponsored the following important events:

ITeam_Net, an inter-county contest with three sections (programming, educational software and computer graphics), attracted 92 students from 5 counties and 16 schools. According to the participants. the most difficult test by far was the one on programming. To alleviate their “suffering”, Fortech offered backpacks to all the participants, which were very well received.

Nurturing enough talent for a field marked by an ever increasing shortage of top specialists takes considerable efforts. Fortech has never been shy in helping the young specialists in computer science succeed in a difficult but highly rewarding career and will keep this goal among its top priorities.