A new event dedicated to tech professionals generated particular buzz this past week in Cluj-Napoca. With more than 40 renowned national and international speakers, the second edition of Techsylvania Cluj become quickly a point of reference for professionals in the area interested in tech innovation, entrepreneurship and the future of the Romanian tech ecosystem. Fortech was a Gold Sponsor of the event for the second time and 12 members of our team attended the event held on 6th-9th of June in Cluj-Napoca. 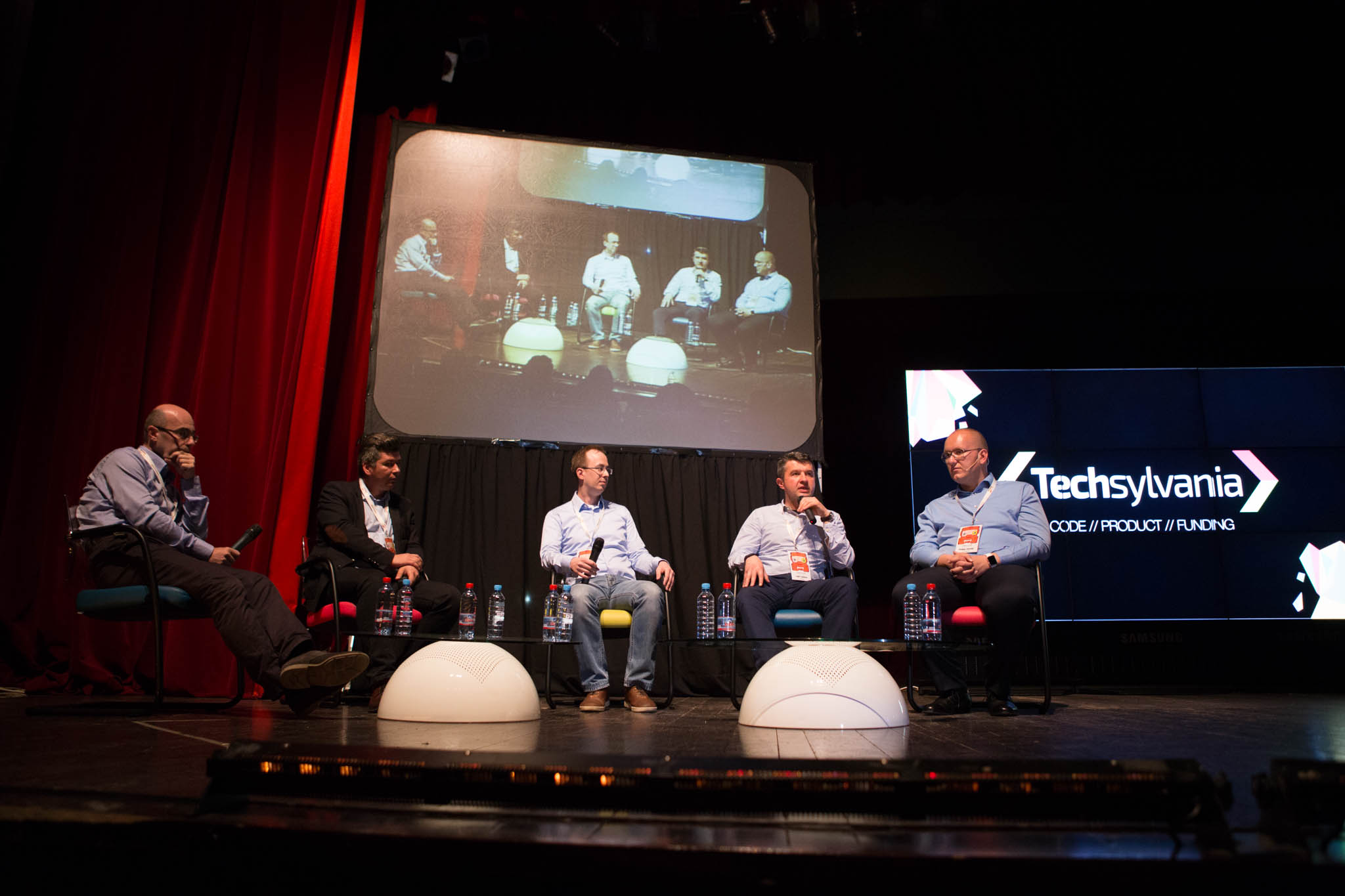 Comprised of two parts, a hackathon and a conference, Techsylvania attracted again 500 participants, both pioneers and important voices in the tech industry.

More than 130 developers showed their passion for algorithms during the 24-hour hackathon. They came up with ingenious applications for about 10 different types of connected and wearable devices provided by conference partners. Some of these are the Apple Watch, Moto 360, Pebble, Jawbone UP, Parrot, Oculus Rift DevKit 2, The Eyetribe Tracker, Sphero, Onyx Beacons, Leap Motion, Google Glass or Metawear.

“It was a thrilling experience to be surrounded by passionate developers with out-of-the-box ideas. It was a special atmosphere, which would be difficult to replicate in other working frameworks,“ commented Sandra, one of our colleagues who participated in this year’s Hackathon.

The positive vibe continued to grow during the conference that followed on the 8th and 9th of June, as the speakers took the stage. Entrepreneurs from Google, Booking.com, Mailbox, Liverail (acquired by Facebook), Bitdefender, Dropbox, Uber, Paypal, Onyx Beacon, to name just a few, provided fresh perspectives, personal lessons and a quick snapshot of the tech industry. The exposure to a broad spectrum of topics, the heartfelt passion and business flair displayed by the speakers during their presentations generated creative energy and enthusiasm.

„Ideas come in the company of other good ideas. We have technical talent but we lack the business sense. Companies are created to generate profit but in the absence of solid business skills, products or good ideas remain just hobbies. Techysilvania is the place where you meet fresh ideas,” said Adi, one of our colleagues who attended the conference.

During the conference, Călin Văduva, our CEO, shared the stage with a few other leaders of local tech companies, in a panel talk on the future of IT industry. Some of the noteworthy thoughts of the session are highlighted below:

In this fusion of present and future perspectives, you can see that evolution is both about disruptive innovation and the vast potential of incrementalism. The evolution resembles its makers, big companies working for big customers and yet reinventing themselves by embracing new directions.