UBBots – The Day of the Intelligent Robots 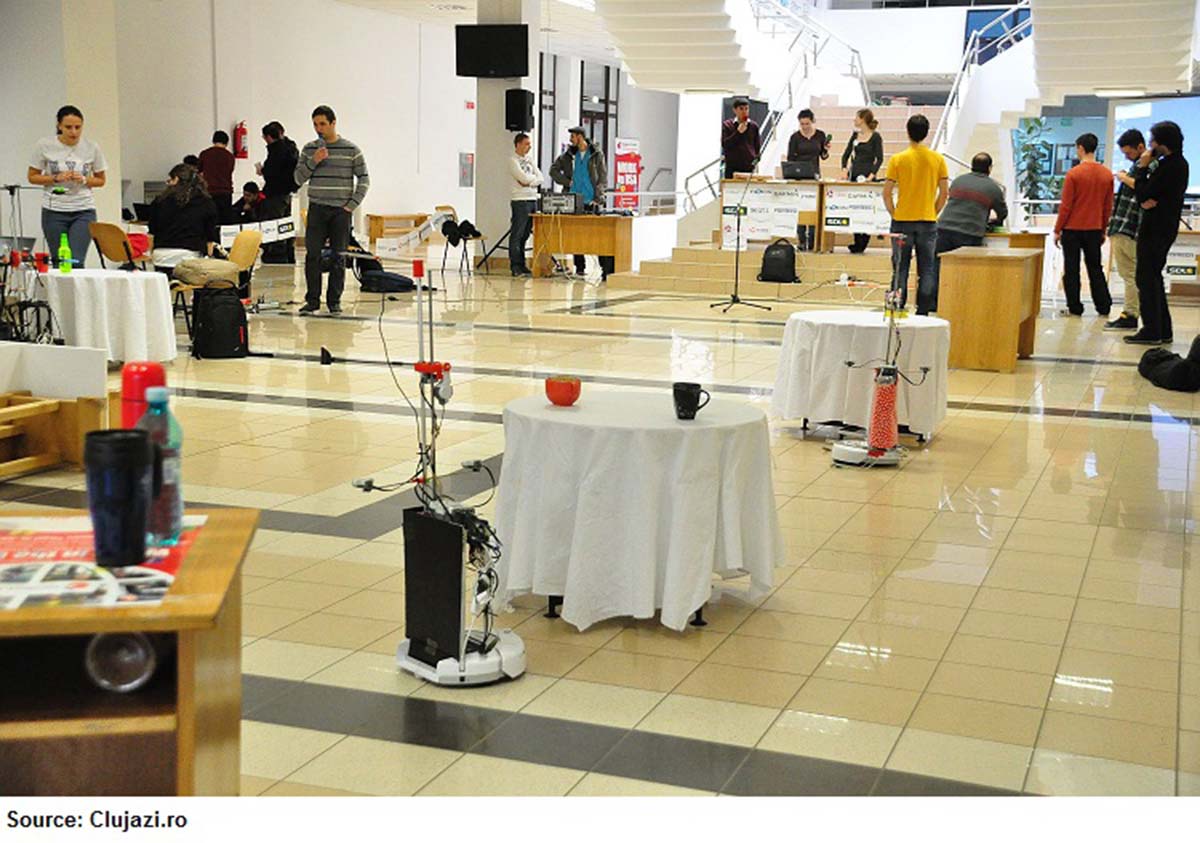 For the 6th time, the Faculty of Mathematics and Informatics from Babes-Bolyai University, Cluj-Napoca organized the traditional UBBots – “The Day of the Intelligent Robots” event on the 10th of March, 2013. The UBBots event was supported by 14 local IT companies.

Robo SMaker, the robot which makes sandwiches and responds to voice commands, was the favorite of the sponsors, winning most of their votes in the competition.

At the end of the event, the participants were rewarded for their hard work and interesting projects.

UBBots is an annual competition organized by Babes-Bolayi University as an alternative to traditional education and to strengthen the contact between students and the private sector. This event brings together groups of students who build robots to address practical daily life issues. Their projects cover all aspects of robot design and implementation, from the hardware system to the conception and development of the software that makes the robots “intelligent”.